Something is wrong with my Lulu Belle :( 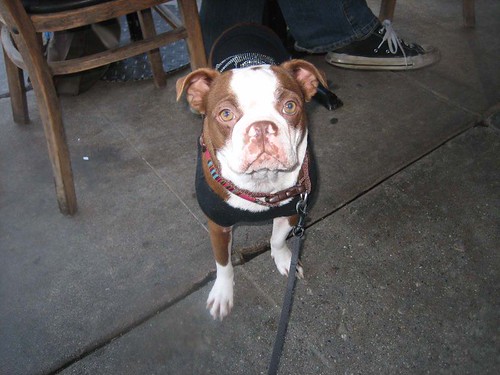 Background info. Lulu lives with my boyfriend and I in Hollywood. She has her brother Hog who she has lived with since she was 6 weeks old. 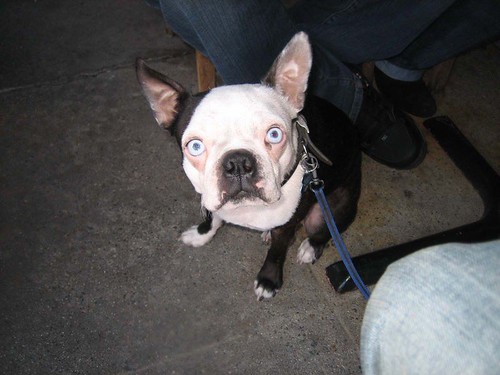 and also my boyfriends two labs.  All the dogs get along perfectly. They all love each other (well Phoenix is 11 so he is kinda grumpy :) ) On friday Lulu was sitting next to my boyfriend (who she is madlllllllllllyyyyyyyyy) in love with...) 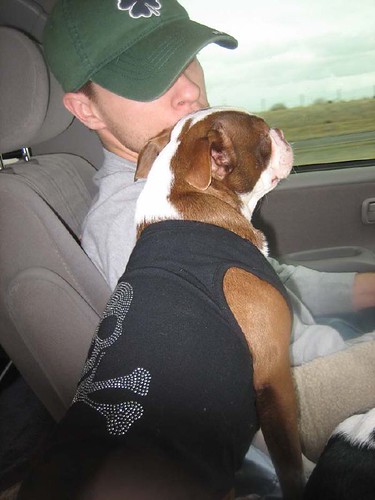 when all of a sudden she started yelping. For nooooo reason. Hog and Onyx were playing but they werent near her. So for no reason she was yelping and shaking. Ever since then she is constantly shaking. He picked her up on saturday and she screamed like she was being killed.

I tried to move her in bed and same thing she screamed and ran to me for protection just quaking. So we checked her all over. Squeezed every part of her body and she never made a peep. She wont play with Hog or anyone. She just lays around and shakes. She is doing this weird thing where she tucks her front legs under her and lays on them.

The only time she seems happy is when I take her outside to go to the bathroom. She walks fine she acts fine.. she wiggles for strangers and tries to jump on them etc. My boyfriend tried to play with her outside and she was wiggling and pouncing and then she yelped and stopped.

But another odd thing is she wants out of our apt bad. She sits by the door or stares at the door or when I leave she tried to escape out the door... She has never done this before. It's like there is something in our apt that is scary to her. My boyfriend came home from work last night and he thought she looked annorexic. Like her ribs were sticking out.

So he hand fed her and she scarfed down the food like we were starving her or something? So odd she wouldnt just go into the dogroom and eat? I hand fed her again today and she ate but this time when I stopped she got up and ate out the bowl herself. I decided to take her to the dog park with hog today to see how she would act.

Hog wanted to play with her when we got there so he ran into her and she yelped. Then she went to the gate where you leave and waited there. A lady with her bulldog came in and she got interested in the bulldog and I guess forgot she wanted to leave... She played a little with a poodle and didnt yelp or cry.. Then she was barking and pouncing at another dog and a german shepard and never cried...

But then after her pouncing and barking I followed her around and she led me to the gate... she never wants to leave the dog park... so we left and I called the vet... they asked if any changes have happed I said no.... she asked if my boyfriend wasnt around because I guess if they get really attached to someone they will cry for no reason and act how she acts but everything is the same here.

So after talking to the vet I really think it's all in her head... or something happened to her here and now she is afraid? I told the vet we squeezed her all over and she said if it was something hurt or internal she would definately cry... Today after the dog park i bathed her and hog and I was squeezing and shampooing her hard to see if she would cry and she didnt.. just stood there and shook...

So I really have no idea what is wrong with her. She has an appt for the vet tommorow but I dont know if I should take her.. I dont have the money to spend where all they say is oh she's depressed or we cant find anything wrong with her.... I was talking to my boyfriend on the phone and Lulu was laying in a corner shaking of course and I said: "where's daddy??" Her ears perked up and she got up and came and jumped on the couch and stood on me looking everywhere for him... so that's an improvment...

Oh and she is pooping normally no runs or anything... any comments on what you think the problem is would be very much appreciated!!! 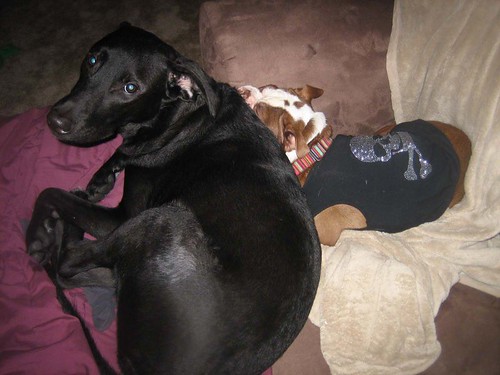 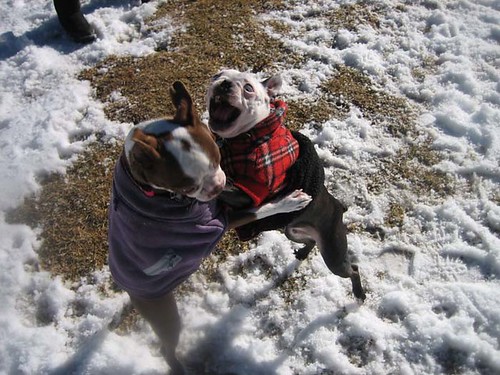 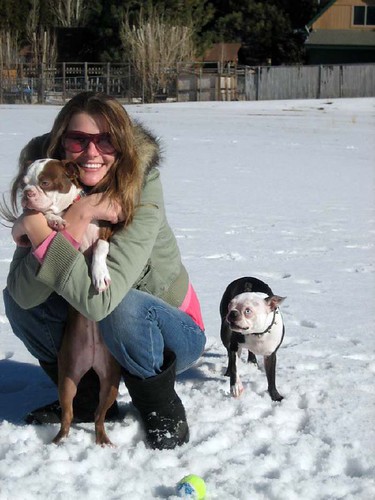 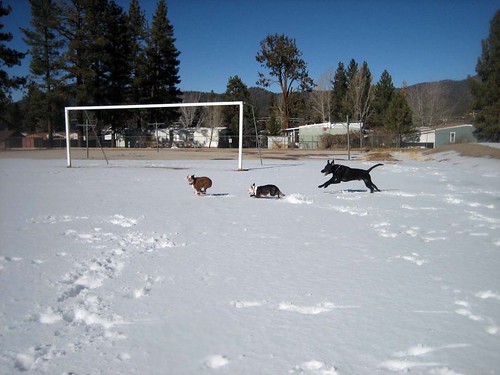 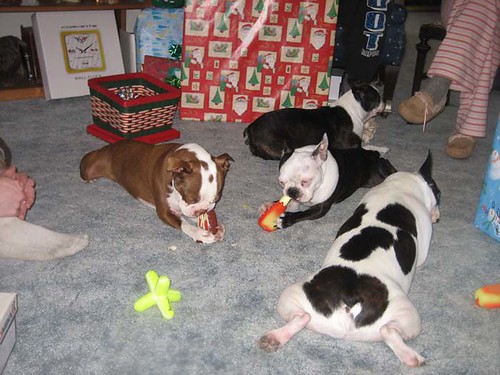 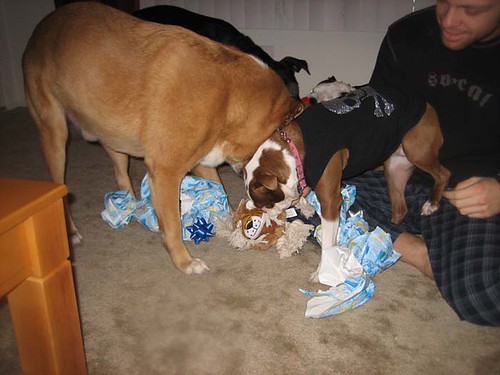 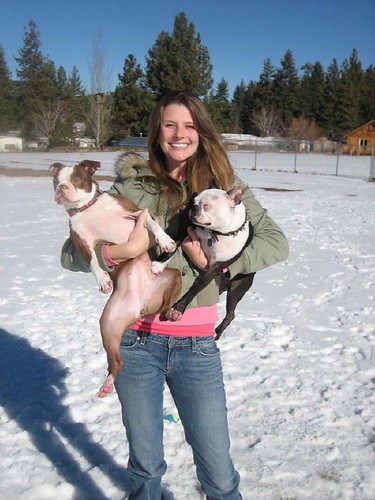