Hi my name is Genevieve. I live in Los Angeles with my boyfriend and our four dogs. Two of which are boston terriers.

Left to right: Onyx, Hogwarts, Clementine, & Phoenix
I have been a member of boston_buddies since 2003. At that time my bostons were
Tinkerbell (13) 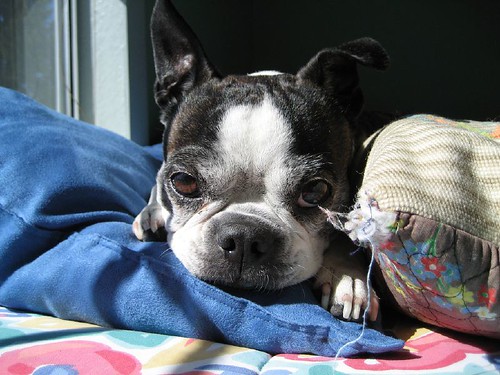 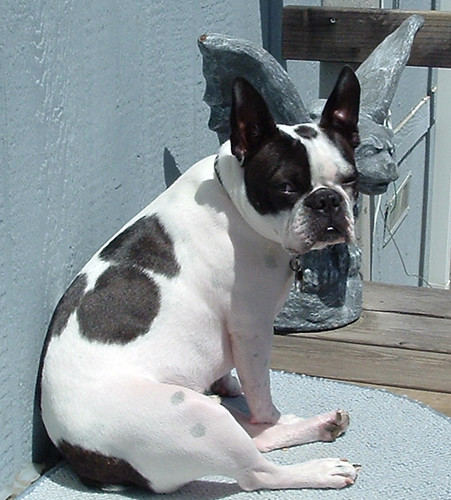 In 2004 I got my baby Hogwarts from a breeder. He is named after the school in the Harry Potter books 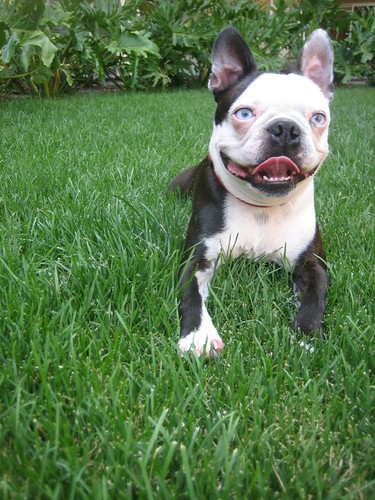 In 2005 Hog got a sister named Lulu Belle. Lulu Belle died July 19th 2007. It was the worst thing that has ever happened to me. The people in this community were there for me through the whole horrible thing. I am forever grateful for their support and love they showed Lulu and my family.

Lulu Belle died of renal kindey failure. She was born with deformed kidneys and we didn't know until she got sick. They say dogs that are born with this deformity only live 2 years. She died 2 weeks after her 2nd birthday. 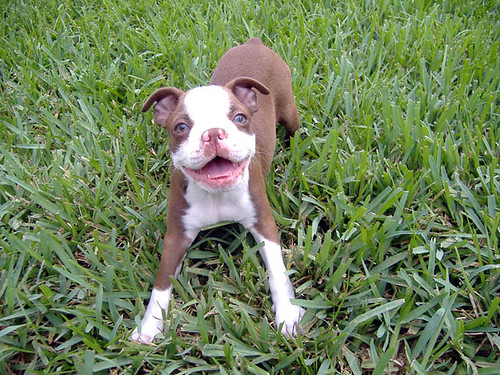 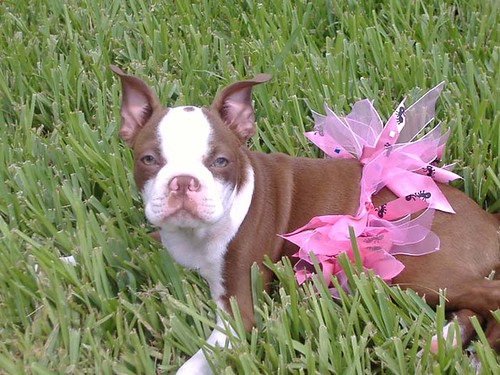 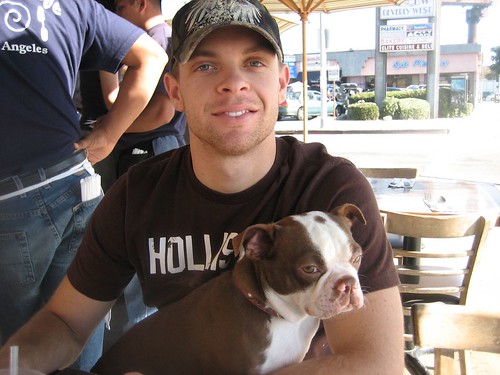 I got Lulu's name tattooed on my ankle. Now she is forever at my heel 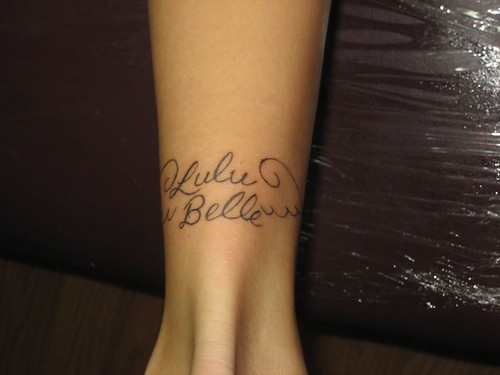 The puppies were from Lulu's Dad and a female named Ember. There was only one female puppy left. I knew I had to have her since this was Lulu's half sister.

Clementine is now 7 months old and we love her so much. She does so many things I have only ever seen Lulu do. No other dog. Sometimes we wonder if Lulu is saying "hi!" 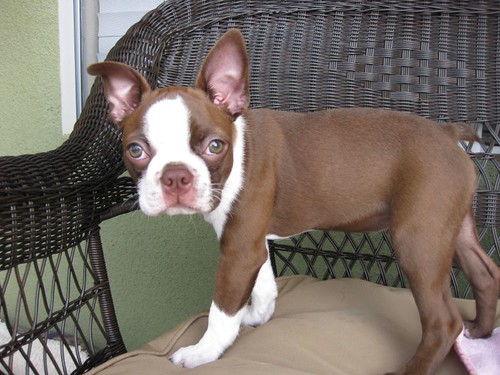