You know how on your cell phone you can go under profiles and write whatever you want? Instead of it saying Home or Roaming it says what you put? Like mine says Bee because that is my name to my husband. Well I just looked at his phone and it says Hog & Lulu. How cute is that??

This is Albus' "These college parties are killing me" photo.  I thought I'd get some good photos here but it turns out the leaves were so intense the pictures don't really work.  This one however was a pleasant surprise that gave me a great laugh!

"It's hard to enjoy the sun sometimes..." 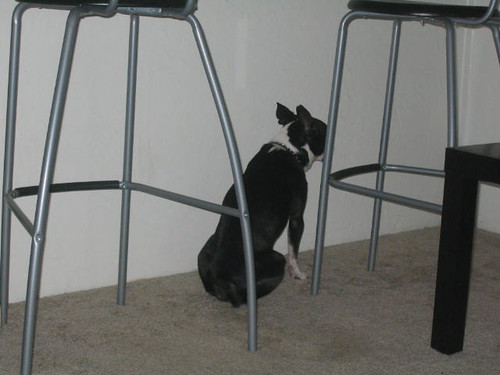 We live right next to the stadium where both ASU and the AZ Cardinals play their home games. Joey is scared to death of the fireworks and tends to hide under this counter or in the bathroom. Luckily for Joey the Cardinals do not score often ;)

Tanner doesn't care about the fireworks, he'd rather snuggle with me :) 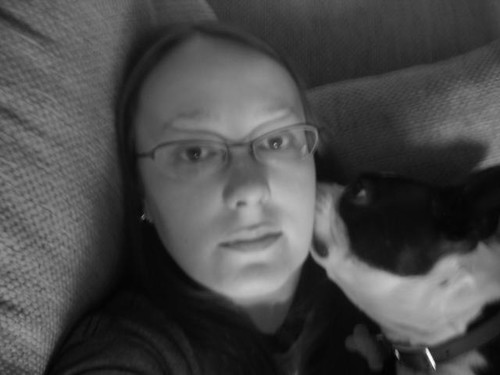 Ashton has this wierd habit of grooming his paws before he falls asleep.

Any of y'all Bostonians do that?

Titus wanted to say hi. He and I both hope everyone has a great week, and that all who have been sick are feeling better. :)