Since I've only posted pics of my little piglet, Sophie, once or twice, I felt it was about time I shared some pics. This first one was over the summer at the river. It's a little old, but so ridiculously cute I just had to share it:

As for the rest, a little FYI is necessary. The Rolling Stones are one of my favorite bands. So, while I was on holiday this past week, once I saw this little shirt, I just had to get it for her:

I am worried about my little baby Hogerton. Last night he woke me up because he had to go poop so damm bad. At night I just open the door and he goes out but he likes to go wayyyyyy far out. I guess he likes his privacy? So I didn't know it that he had diarrhea. My husband goes to work around 8 and he woke me up saying Hog almost died!

I was thinking he almost got hit by a car or something? He put him on my chest and said he was acting crazy in the living room like hitting the blinds and stuff to go out. Usually in the morning he will walk out and stretch and take his time. But my husband said he ran like hell into the grass and had explosive diarrhea.

I guess he then started throwing up at the same time and looked like he could hardley stand up. He said he had strings of foam hanging all the way down to the grass and he looked all weak. He had to wipe his butt and he said he thought it looked like blood on the toilet paper.

Hog slept with me till 10 then I took him and Lulu out for a walk around the apts. He had diarrhea again and it looked like blood was coming out. I called the vet and they said I should bring him in. Unfortunately they didnt have any morning appts so I made one for 4:15 when my husband can take him.

Im going to take him to work with me (i work at the dog park) and keep him in the booth with me where i sit. I would hate to leave him at home because what if he needs to poop? He would explode before he went in the house. Also in the morning he always wakes me up to go to the dog park. He will growl at me i swear if im not getting ready fast enough. He always does circles and goes nuts but he isnt doing that now!

He played a little with Lulu but hasnt drinkin or eaten anything. Im worried!!

19 brands of Diamond, Country Value and Professional dog foods have been recalled.

The Cornell University Vet School's website has more information at www.vet.cornell.edu. Click on the story on aflatoxins.

Kermie got a new dish for Christmas from my parents :)

Hog is a ok! thanks so much to everyone that commented to me. I took him to work with me and he would cry like hell when a dog would come up to the window because he wanted to play so bad. My husband came with lulu at 3 and took him inside the dog park and he played and played. He was drinking water and eating.

He pooped again not that long ago and there was no blood and it wasnt diarreah but it wasnt firm or anything either but it never is with him which is odd.

so I cancelled his vet apt. It must have just been some weird thing im just glad he is ok now! thanks again.

Hey Hog, glad you're dumping normal again! The other day, Tanner crapped out a Fruit of The Loom tag from a shirt...luckily, he only ate the tag.

ANYWAY, here are some pics of me. I went through a bit of after Christmas blues, but I am feeling better now. 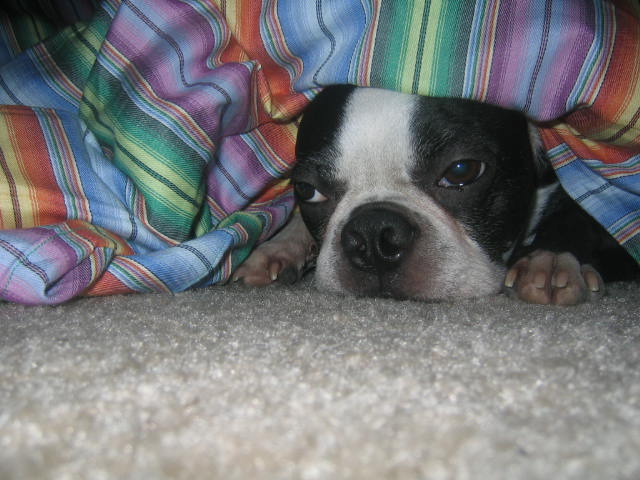 I figure Tanner should get some pics up also :)