How many times have I had a similar conversation with Gambit? It's never been THIS bad, though...

Sorry if this has been posted before.

I, too, got a new camera, and decided to torture Carson a bit. It's okay, though, he got treats for not licking my lens afterwards.

I haven't posted here for a while, so I thought I would share some of the new pics I have of the babies.
Hope you like em!

( Collapse )
You can never have tooo many bostons :)

i have a question and some photographs, but question first!  do any of your bostons have problems with excessive licking?  edgar has always been a licker, but lately it seems like he is licking his paws non-stop.  he also does this incredibly irritating cycle of scratching his ear with one paw and then licking that paw clean (repeat).  the licking noise is driving me insane, but it seems to be comforting to him so i've just been letting him do it.

as far as his medical history goes, edgar doesn't have allergy issues, doesn't currently have an ear infection (although he is prone to them and sees the vet as soon as the first sign appears), and doesn't appear to have any kind of injury, bruise, or external pain in his paw that would cause the licking.  the little hairs between his toes are a pink/brown color, but i'm pretty sure they've always looked like that.  i read recently that some dogs self-mutilate by licking as a result of stress or boredom -- have any of you had this experience with your babes?

we did recently moved to a house without a backyard (which i know has altered his mood), and i have been under an insane amount of stress.  we'll have a house with a fenced-in backyard by june at the latest, but until then i've been trying to counteract his weird moods by taking him on longer walks in different places and buying new chews and treats, in addition to spending lots of mommy-time with him and oliver.  i'm worried that this isn't helping, though, as the licking never ends.

i don't want to fuss at him about the licking if it calms him, but i am worried about the constant moisture causing a yeast infection or some other skin issue.  advice/suggestions? 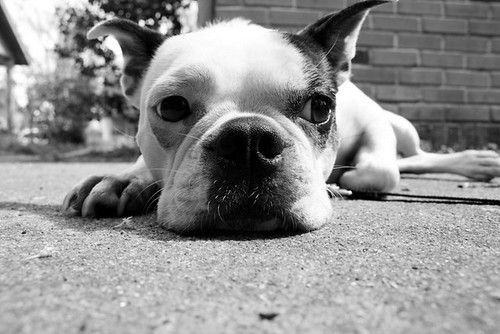 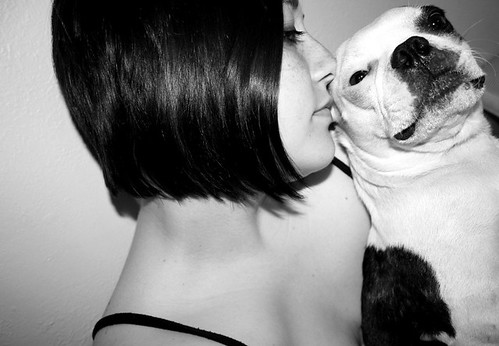 After reading the last post, I realized it has been way too long since I've posted some photos of Benton!