Sir Gunther and I make the same faces!

Hi everyone, we're new to this community.
And in case you were wondering, this is what love at first sight looks like:

One of the employees told me that since he's bilaterally deaf, they were going to send him back to the "breeder" (probably a puppy mill due to the bad genes he inherited and the fact that he was in the pet store to begin with) ... which usually computes to puppy death. I ended up getting him for free because not only is he deaf, but his little nose is so mashed that he's going to need surgery in August so that he can breathe properly. He sounds like a garbage truck most of the time, which is both adorable and sad at the same time.

But he's a super smart little guy, he was more or less housebroken within a week ... minus the fact that we live in Idaho and we got 6 inches of snow on the first day of the month. He pretty much refuses to go out in such conditions and I don't blame him. You can see a few remaining patches of snow in the background of this pic:

He was not pleased to be outside.

I kept saying I was going to do it! And I finally did :) 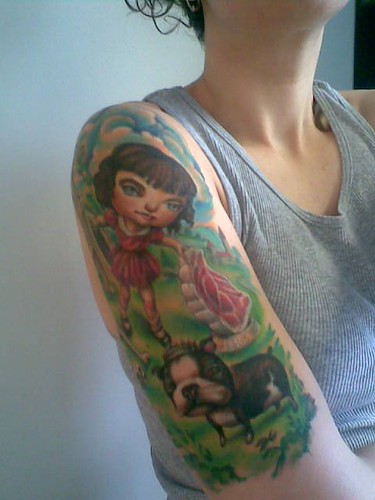 I haven't shared any pics of my little man for awhile. He is too cute not to share so here ya go! 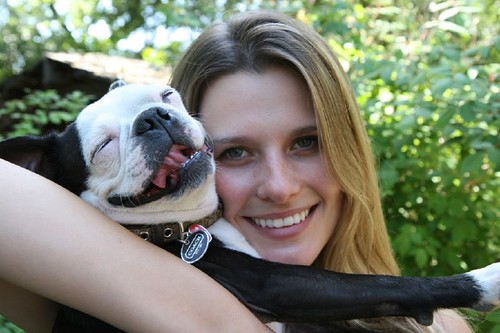 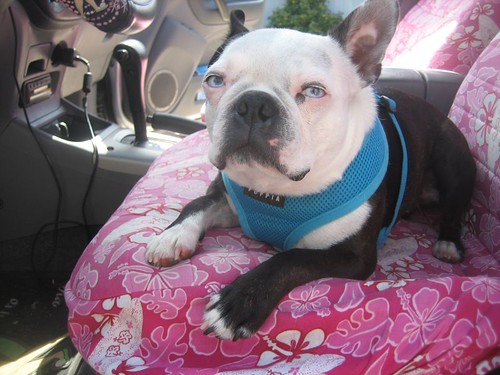