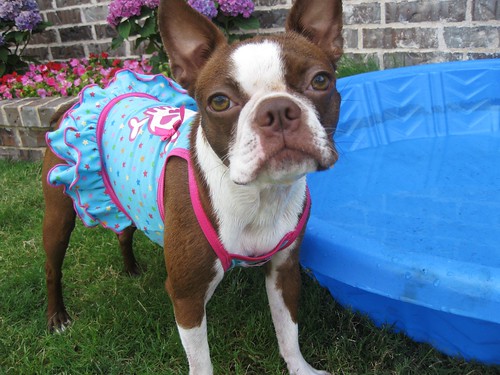 She got a new dress and did a photoshoot with three outfit changes. 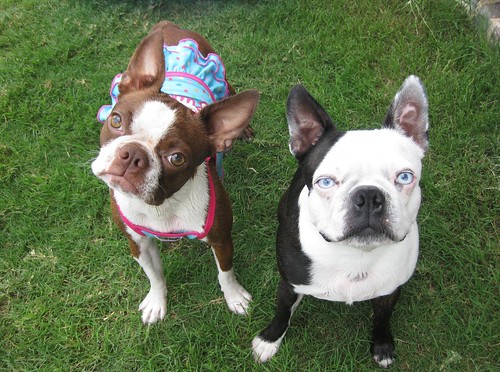 I noticed a set of stamps with dogs and cats on the table the other day, but this one in particular stood out:

This little guy's name is Jake and this is his story:

Jake was 4 years old when this portrait was shot. He was born in a puppy mill in Missouri, and was then bought by a puppy broker. Jake was one of the lucky ones that survived the transport to a pet store on the East Coast.

He was purchased from the pet store over the Thanksgiving holiday when he was an 8–week–old puppy. After only two weeks, the people who bought him realized that having a puppy was too much work for their busy schedules. Though still only 10 weeks old, the pet store had a “No return” policy, so the owners signed the little puppy over to the regional Animal Control.

From there, Jake was then turned over to the Animal Welfare Society in New Milford to be placed up for adoption. One of the volunteers at Welfare took one look at Jake and fell in love. The adoption application was filled out and Jake had his permanent home, after 6 different locations in the short 10 weeks of his life to that point.

The set has ten stamps with various adopted dogs and cats featured to raise awareness for pet adoption. They have other items including note cards and mugs for sale too.
Collapse